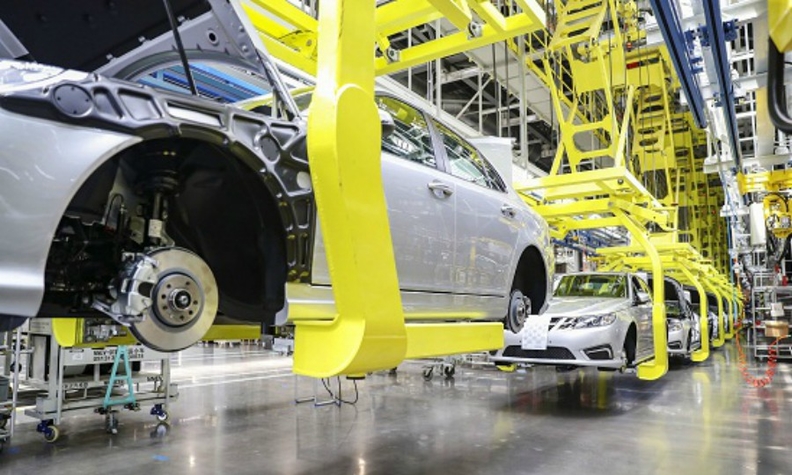 Production of a electric sedans based on the old Saab 9-3 platform is pictured at NEVS’ plant in the north China port city of Tianjin.

National Electric Vehicle Sweden has begun production of a full-electric sedan based on the old Saab 9-3 platform at its plant in the north China port city of Tianjin.

The launch will accelerate NEVS’ timetable to start production in other Chinese cities, according to the company’s parent, China Evergrande Group.

The Tianjin factory can initially build 50,000 EVs a year.

Evergrande Group has not divulged details about the EV.

The Saab 9-3 platform was part of assets that NEVS — a company started by Chinese-born, Swedish businessman Kai Johan Jiang in Trollhattan, Sweden — purchased from bankrupt Swedish automaker Saab Automobile in 2012.

In June, it also signed agreements with local governments to produce EVs, batteries and electric motors in the south China city of Guangzhou and the northeast China city of Shenyang, with investment totaling 440 billion yuan.

In February of 1980, traveling salesman Bill Holbert went to Beaverton Saab in Oregon and purchased a 1979 900 EMS in Acacia Green Metallic. It was the first year of the iconic 900, which marked Saab’s transition from the beloved, long-lived 99, and the model is undeniably quirky-cool all on its own. But there’s another thing to know about the particular 900 you see here: It’s traveled an estimated 890,000 miles in the intervening four decades—nearly two round trips to the moon—all under Holbert’s ownership.

About the first—and so far, only—owner. Holbert grew up in Philadelphia, but his family moved to the Pacific Northwest when he was four years old, and he has remained there ever since, including attending Portland State University, where he wrote his Business Management thesis on the state of the Japanese automotive industry. To bolster his argument, he was the first person in Oregon to order a Datsun 240Z. 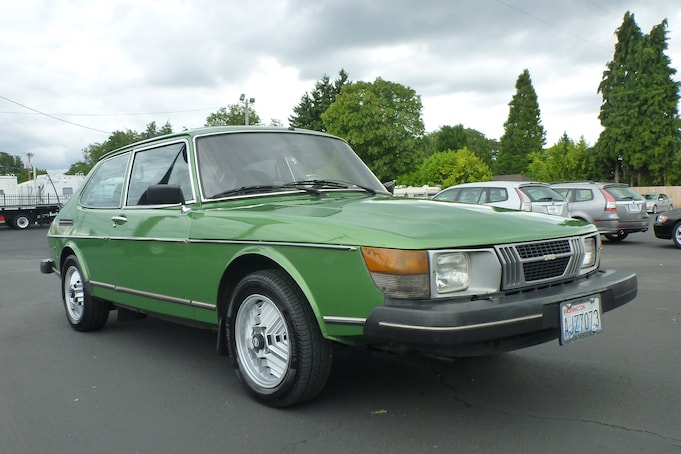 “I had my own company, I sold disposables,” said Holbert. “Things that institutions would use, like plastic forks, all the things that became troublesome later. I did that until the mid to late Nineties, then I went to work selling cars for Garry [Small Saab]”—now a thriving marque specialist—”which I did for 13 years.” The Saab connection began when he visited a customer in Seattle in the dead of winter. Holbert had driven an old Ford, and the customer had just bought a new Saab, coincidentally also in green. Holbert drove it, and them, to lunch. By the time they got back, he was sold. “I put that thing in gear, and I thought, oh my gosh, it’s like a sports car for a small family!”

Initially, Holbert reckons he drove 45,000 miles annually while cross-crossing the Pacific Northwest. The mileage accumulation slowed when he bought a silver 900 Turbo five years later, another among an estimated 20 Saabs that have passed through his driveway. Eventually, the 900 EMS continued to serve Holbert after he joined Garry Small, the pair puttering together 50 miles one way through rain and snow—and getting 25 miles per gallon, he notes. Sometime in the early 2000s, he sold a rare 900 Springtime in Sweden edition convertible for a nice profit. “One of the guys who had a brief interest in it was a guy in New York, the TV guy who drove a Saab—”

What compels a person to put upwards of a million miles on the same car? For one, it helps when they’re really into one specific make or model, and Holbert did manage to foist his love of weird Swedish engineering on his family. His eldest daughter learned to drive on the little green Saab, and she drove it for 10 years before returning it to her father and buying a Toyota minivan.

As noted above, the ravages of time eventually caught up to the EMS. The four-speed manual transmission was eventually replaced with a more modern five-speed. At 690,000 miles, the odometer stopped working. Small, who has serviced the car since it had roughly 200,000 miles, estimates that it has turned another 200,000 miles after the numbers stopped turning. The car received a new headliner and seats in rare green velour. In 2013, it was repainted in its original color. In 2016, the engine developed a knock, so in went a 16-valve unit from a 1988 example with just 110,000 miles on it.

Through it all, the car soldiered on. Last year in December, Holbert tells us, “We live on a big hill, and I didn’t have my studded tires on. And there were two to three inches of snow on the ground. People got all screwed up going up the hill—somebody stopped and before you know it, you had six or seven cars stopped. I passed them all and never had a bit of a problem.”

Earlier this month, Garry Small Saab—whose website is, in fact, saabstory.com—posted the green EMS for sale. Small, who once raced a Volvo P1800 in SCCA F Prod before taking over the local Saab franchise in 1986, figures that he has received more than 20 calls on the car. “We get calls from all over—California, East Coast, every place—wondering how many miles the car really has on it. Well, it clearly has nearly a million. Does it need anything? You know what, this car runs good; he kept the thing serviced, [had] oil changes on it. Anything that needed attention, he fixed. It’s been a pretty darn good car for him.”

Most of these callers can’t believe the mileage, the story, the one-owner status. But it’s all seemingly true. Whoever drives the car off Small’s lot will receive a stack of paperwork going back to 200,000 miles young, as well as a set of studded snow tires on classic Saab “soccer ball” wheels.

After 18 years in the same house, Holbert and his wife downsized, moving three miles away to an apartment. “I gotta tell you, downsizing sucks. Lots of stuff to sell, lots of memories to be gone.” Replacing the green Saab is a 2011 9-5 Aero—“it’s more car than I’ll ever need”—while his wife now drives a new Honda CR-V. It was the first time he purchased a car for his family that wasn’t a Saab.